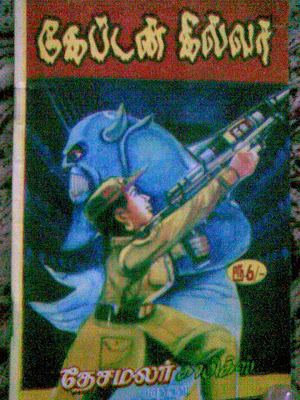 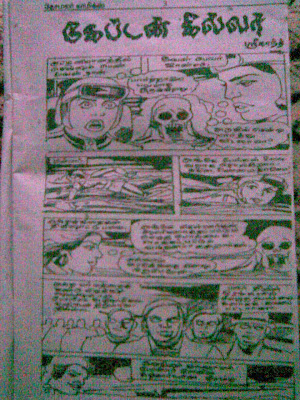 You may surprised to see a new comics in our market in these days. But it is true that Desamaralar comics from Madhurai still releasing comics from their press.

I brought this issue during may’08 of this year (As a new book). I am sure it is the only comics released in Tamil other than Lion/Muthu/CC during 2007~2008. I think they are releasing books only in summer holidays (3 per yer – That too between march – may). I didn’t see any further issues from Desamalar comics.
I was not impressed to read the story after seeing the quality of pictures and presentations. Any way I read it. It is featured with a story created by Srikanth. Nothing special with that story. 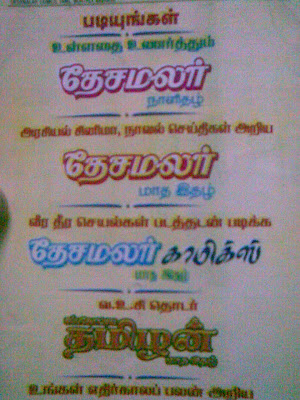 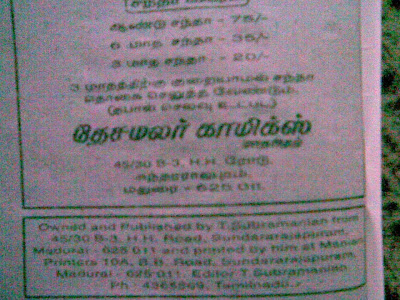 You can see Desamalar is having wide variants in their publishing industry.

Mr. Srikanth’s script is in good standard when comparing with our local comics production.. But his art work is not at all in good standard. My opinion on Mr. Srikanth’s work is he can leave the art work to somebody, so that we can get some comics from him.
கமெண்ட்ஸ் ப்ளீஸ்
Posted by SIV at 11:49 AM 10 comments: